Tony Blair is back. After almost a decade out of politics, the controversial former New Labour UK Prime Minister is taking tentative steps to be involved, albeit not directly. Blair’s intention to contribute more to the political debate is welcome because his is a persuasive voice of the centre. If you can’t forgive him for the Weapons of Mass Destruction lies and debacle in Iraq, maybe you could, in the interests of reasoned debate, at least listen to what he has to say. 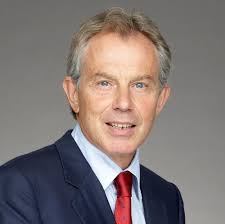 In the decade since he left domestic UK politics there have been controversial times. The New Statesman says Blair “is not quite a fugitive in his own land but, because of the Iraq War and his extensive business operations since leaving office, as well as some of the dubious company he has kept among the global plutocracy, he is widely reviled, a fate that frustrates him but to which he is resigned”.

But, as Richard Carr, Lecturer in History and Politics at Anglia Ruskin University, writes, when Blair talks we should listen. Blair “brings an actual track record of carving out a new political economy. As we all work out what comes next – and what the chancers now do with the mandates they have acquired – we should at least listen to what he has to say”. And what he has to say is thought-provoking.

“You’ve got to unpack, first of all, what bits of the so-called liberal agenda have failed and what bits haven’t. And you’ve got to learn the right lessons of Brexit, Trump and  these popular movements across the Western world. Otherwise you’re going to end up in a situation where you seriously think that the populism of the left is going to defeat the populism of the right. It absolutely won’t.”

And he argues the old political dichotomy of left and right are no longer useful because at a certain point they meet each other at an isolationist point*. He says globalisation is driven by technology and people that cannot be reversed. The question of our time is how to make globalisation just and fair. The centre doesn’t have an answer. But I am sure he will come up with one that will provoke plenty of controversy. It may even be something Labour could adapt and the chances of Britain becoming a one-party state may be reduced.

What do you think? I’d love to read your thoughts.

* Find out more about your ideological bias here and where you stand on country-specific
political issues here.