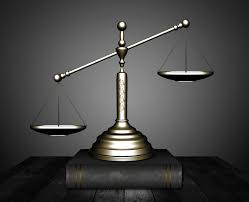 An apology is better late than never. But sometimes the damage done wouldn’t have been as great if the apology had been earlier. Three Australian Government ministers apologised yesterday for egregious comments they made on 13 June about judges of the Australian state of Victoria’s highest court. The trio are the Health Minister, Greg Hunt; the Human Services Minister, Alan Tudge; and the Assistant Treasurer, Michael Sukkar. Hunt accused the Victorian Court of Appeal of  “ideological experimenting”, Tudge, said the judges were  “divorced from reality”, and Sukkar alleged the judges were ”hard-left activists”. So what, you may think.

Politicians make inflammatory statements to get attention, judges are upset, politicians apologise, we move on. And we do. But damage has been done. It is yet another attack on our system of government. These ministers insulted the judges and cast doubt on their integrity. It was yet another denigration of the institutions that underpin our democracy. Yet another blow that provides more proof for disillusioned people’s prejudices. Yet another wedge that widens the gap between “the people” and “elites”.

The story was published in The Australian newspaper on Tuesday, 13 June. The court required the trio or a representative to appear “to make any submissions as to why they should not be referred for prosecution for contempt”. The Australian solicitor general, Dr Stephen Donaghue, QC, represented them at taxpayers’ expense at a hearing on Friday, 16 June. The ministers declared their respect for the court and the independence of the judiciary and “withdrew” the comments. That is disingenuous as there had been three days of widespread media coverage and debate. The ministers didn’t apologise that Friday. It took another week.

There’s a couple of points worthy of note:

Our system of government is based on the United Kingdom’s Westminster system. The Separation of Powers is integral to that system. The legislative branch enacts the laws and decides how public money will be spent; the executive branch implements and administers the public policy enacted and funded by the legislative branch; and the judicial branch interprets the laws. It ensures a check on power. Each component is free to discharge its role.

Our system of government isn’t damaged – yet. But it will be if there are more attacks. Political systems are never overturned by one act or one cause. It’s always the culmination of damaging events. This has been one of them.