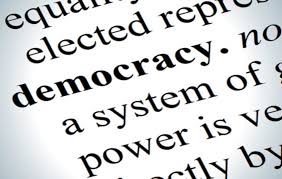 The sacking of 125 journalists by Fairfax Media is the latest in a plethora of editorial staff cuts at the company. It’s not alone. Media companies throughout the western world have been cutting editorial staff for the past 15 years.

The advertising model that sustained newspapers was destroyed by internet advertising. And then along came Facebook. Traditional media’s advertising loss has been Facebook’s gain. And what a gain. Facebook’s global advertising revenue of $36.29 billion this year is exceeded only by Google, according to forecasting firm eMarketer.

The demolition of traditional media companies like Fairfax that produced quality content isn’t just bad news for newspapers. It’s bad news for our democracy. Each round of cuts diminishes the quality of the media. Fairfax journalists’ seven-day strike shows how strongly they feel.  Journalists are often criticised for sensationalism, getting it wrong and aggression. But they provide a fundamental and valuable service by holding people to account. People like former NSW ministers Eddie Obeid and his crook colleague Ian Macdonald wouldn’t have been brought to justice if it hadn’t been for the exemplary investigative journalism of Fairfax’s Kate McClymont.

It’s not the end of quality journalism. But the future doesn’t look good. Each time the number of journalists holding to account those with power is reduced democracy is diminished. And that benefits those who would do damage.