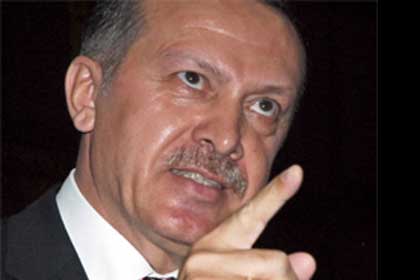 The 84th anniversary of Adolf Hitler’s assumption of power is in just a few days. There will be a vote in Turkey in just a few months for a new constitution that could give President Recep Tayyip Erdogan (above) unchecked power. History has a litany of examples of the disastrous consequences of unchecked power.

And that’s why attempts to attain absolute power must be resisted. Unchecked power has consequences for which there is no redress. The great strength of the United States Constitution is its checks and balances.

The President of the United States borrowed from the Hitler playbook during the election campaign. Turkey’s President Recep Tayyip Erdogan is doing the same. I am not suggesting Erdogan is another Hitler. But I am suggesting there are similarities in the way Hitler attained absolute power and what Erdogan is doing.

A guaranteed way to unite the people is to create a crisis. The German national legislature, the Reichstag, was destroyed by fire on 27 February 1933. Elections had been called for 5 March. The government declared it was arson and blamed the Communists. Dutch Communist bricklayer Marinus van der Lubbe was charged and executed. But there’s doubt he was the culprit. Nevertheless, 4,000 Communists were arrested. The day after the fire the Decree for the Protection of People and State became effective. It gave the government power to:

Turkey has a history of political instability and coups; there had been four since 1960. But that is not a reason to give the president untrammelled power, any more than the alleged external interference in the country’s political affairs.

Liberty deprived isn’t usually won back. I hope the Turkish people reject the new constitution which would lead to a president having unchecked power and all the inherent danger that would bring.